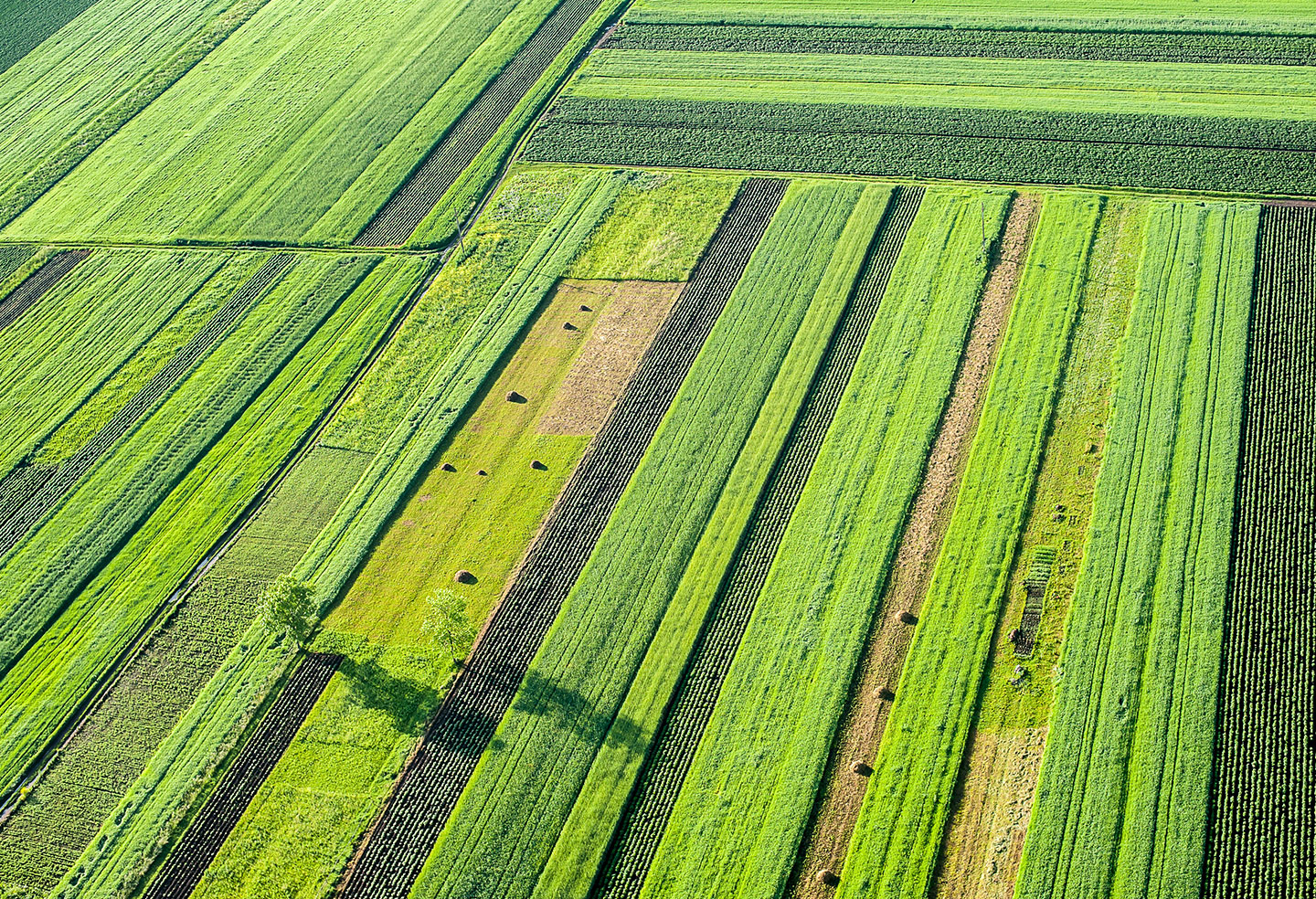 As 2013 ticks to a close, so do several tax incentives available to farmers and other taxpayers who use personal property in a trade or business or hold it for the production of income. Two of the most important are the ability to expense and immediately write off the cost of depreciable personal property and the ability to claim additional 50% “bonus” depreciation on qualifying property. These benefits expired at the end of 2012 but the American Taxpayer Relief Act of 2012 (signed into law in 2013), retroactively reinstituted these benefits through the end of this calendar year. Although accelerating expensing and depreciation deductions do not increase the total amount a business can write off for a given investment, it does allow a business to deduct more of the cost now and less in the future, and the time value of the resulting tax deferral can translate into substantial savings for the taxpayer. However, beginning January 2014, these tax benefits will disappear without further legislative action. This article explains these benefits in a little more detail.

Generally, amounts spent in connection with the acquisition of personal property, like equipment and machinery, must be capitalized and the cost recovered for tax purposes as “cost recovery” (i.e., depreciation) deduction under Section 168 of the Internal Revenue Code according to fixed depreciation schedules. However, in order to spur investment, Congress enacted Section 179 of the Code which allows a taxpayer to elect to expense (rather than capitalize and depreciate) certain depreciable personal property in the year those assets are placed in service. The general rules under Section 179 limit that the maximum amount allowed to be expensed to $25,000, which amount is reduced dollar for dollar by the amount of new property that exceeds $200,000. To qualify as “Section 179 property,” the property must be acquired by purchase for use in the active conduct of a trade or business. Property which is merely held for the production of income does not qualify for this election. The Section 179 deduction cannot exceed the aggregate taxable income of the activity, although any deduction not allowed due to this income limitation is carried forward.

In response to the economic crises beginning in 2007, Congress put in some temporary amendments to Section 179 that increased the amount that could be expensed to the current $500,000 and increased the phase-out threshold to $2,000,000. In other words, the $500,000 immediate tax write off was reduced dollar for dollar by the amount of new purchases exceeding $2,000,000 and is fully phased out once those purchases exceed $2,500,000. Importantly, that increase from $25,000 to $200,000 is only temporary. As of January 1, 2014, it retreats back to the $25,000 amount and, while that $475,000 reduction is not a lost tax benefit (the amount may still be recovered over a period of years by claiming a depreciation/cost recovery deduction), the time value of that lost deferral can be substantial.

The 50% first year bonus depreciation is another tax benefit available for tangible property acquired and placed in service before the end of 2013. A 50% bonus depreciation allowance would mean that businesses could immediately deduct 50 cents of every dollar spent on qualifying investment purchases. The remaining 50 cents would be deducted according to regular depreciation schedules. Taxpayers should also be aware that the election to expense a portion of the purchase utilizing Section 179 reduces a taxpayer’s tax basis in that asset and, as a result, the amount available for the 50% bonus and regular depreciation deductions.

Both the Section 179 expensing allowance and bonus depreciation have been extended several times by Congress over the past few years as attempted economic stimulus actions. For example, first year bonus depreciation was authorized following the terrorist attacks on 9/11/2001. Based upon Congress’ past practice of “extending” these and other tax benefits, practitioners are hopeful that this will happen again but hope is not a good tax planning strategy, especially in the current political environment. Farmers and other taxpayers, therefore, should look into these tax benefits and, if appropriate to their particular business and tax situation, act now to take advantage of the opportunity to realize significant tax savings by being able to immediately write off a substantial portion of the cost of acquiring a needed capital asset.

For more information regarding this and other tax savings opportunities, contact Steve Gevarter at 410-576-4260.

Over the last several years, medium and large poultry farms in Maryland and across the country have been lining up to apply for National Pollutant Discharge Elimination System (“NPDES”) permits in order to comply with EPA’s interpretation of regulated point source discharges under the Clean Water Act (“CWA”). Recent media reports and anecdotal reports from farmers have indicated that these permit applications are backlogged due to inadequate agency staffing and a complex, expensive application process that requires farmers to hire outside experts to write exhaustive nutrient management plans. A recent decision by a federal judge in West Virginia, however, could set a national precedent that eliminates the need for production farms to obtain NPDES permits.

On October 23, 2013 in Alt v. EPA, Chief Judge John Preston Baily of the United States District Court for the Northern District of West Virginia declared unenforceable an EPA enforcement order requiring poultry farmer Lois Alt to obtain an NPDES permit for discharges of poultry manure from Alt’s Concentrated Animal Feeding Operation (“CAFO”) into a creek adjacent to the farm. Alt operates a CAFO with eight poultry houses. According to EPA, poultry manure and litter was routinely tracked or spilled out into the farmyard area between Alt’s poultry houses, and dust composed of manure and litter was discharged into the farmyard area from the ventilation fans on the houses. EPA alleged that precipitation washed the discharged material from the farmyard area into an adjacent creek in violation of the CWA.

If the Alt decision stands, it could have a widespread impact on EPA control over production farming. In its briefing before Judge Baily, EPA predicted that a ruling in Alt’s favor would lead to extensive NPDES permit litigation as individual farms evaluated the risks of operating without a permit. Given the backlog of NPDES applications in the state of Maryland alone, Alt may render moot a process that is already dysfunctional.

For more information about the Alt case and NPDES permits for production farms, please contact George F. Ritchie at (410) 576-4131.


On November 15, 2013, the Maryland Department of Agriculture (“MDA”) announced that it was withdrawing proposed regulations to implement the new Phosphorous Management Tool (“PMT”). The PMT is intended to be used to analyze areas where there is high risk of phosphorous getting into nearby waterways and to develop agricultural land management practices that will reduce the movement of phosphorous into sensitive streams and other water bodies. The Maryland Farm Bureau opposed the regulations because it would force farmers to reduce the use of locally produced organic fertilizer on their farms, which would significantly increase their costs. The Farm Bureau noted that the current Chesapeake Bay model does not currently give credit for phosphorous management practices already used on many farms and there is insufficient data to justify the increased financial burden on Maryland farmers. There is also a concern that switching from slow release organic fertilizer to chemical fertilizer containing water-soluble nitrogen may result in an increase in nitrogen pollution, which would undermine any benefit from reduced phosphorous.

MDA has stated that it intends to propose new regulations to implement the PMT sometime in 2014. For additional information, contact Maggie Witherup, 410-576-4145.

Accounting for Growth Regulations Expected in 2014

The Maryland Department of the Environment (“MDE”) is expected to propose new regulations to implement the State’s Accounting for Growth (“AFG”) policy in early 2014. The AFG policy is one component of the State’s efforts to restore the Chesapeake Bay and is intended to address the increase in the State’s pollution load from increased population growth and new development. Each of the states in the Chesapeake Bay watershed, including Maryland, is required to reduce the levels of nutrients (primarily nitrogen, phosphorous, and sediment) that are currently going into the Bay and to prevent and mitigate pollution from new development. By some estimates, Maryland is expected to add approximately 478,000 households by 2035. The AFG plan assumes that large wastewater treatment plants will expand out to their existing full capacity and then all other nutrient loads (from stormwater, septics, and in excess of existing capacity) will have to be offset by obtaining nutrient credits. A nutrient trading program to buy and sell credits will be based on the Maryland Department of Agriculture’s Nutrient Net program already in place.

A stakeholder workgroup including representatives from agriculture, commercial and residential development, environmental organizations, and local governments met throughout 2013. The workgroup submitted its final report and recommendations to MDE in August 2013. Click here for a copy of the final report that is available on MDE's website. The workgroup was able to reach consensus in concept on many issues, but was not able to reach consensus regarding, inter alia, the baseline condition from which to measure the amount of offset required and whether there should be a fee-in-lieu of offsets for phosphorous in addition to nitrogen. Initial estimates of the cost to offset phosphorous could be as high as $30,000 per pound, compared to $3,000 per pound for nitrogen. Criticisms of a phosphorous component include concerns that the current data does not justify that new development increases phosphorous loads and a lack of available phosphorous credit opportunities separate from or in combination with nitrogen credits.

Another stakeholder meeting is scheduled for December 23, 2013 at which the workgroup will try to reach consensus on the remaining issues. Draft regulations have not yet been circulated, but are expected in early 2014. For more information on how the AFG regulations could impact you, contact Maggie Witherup, 410-576-4145.