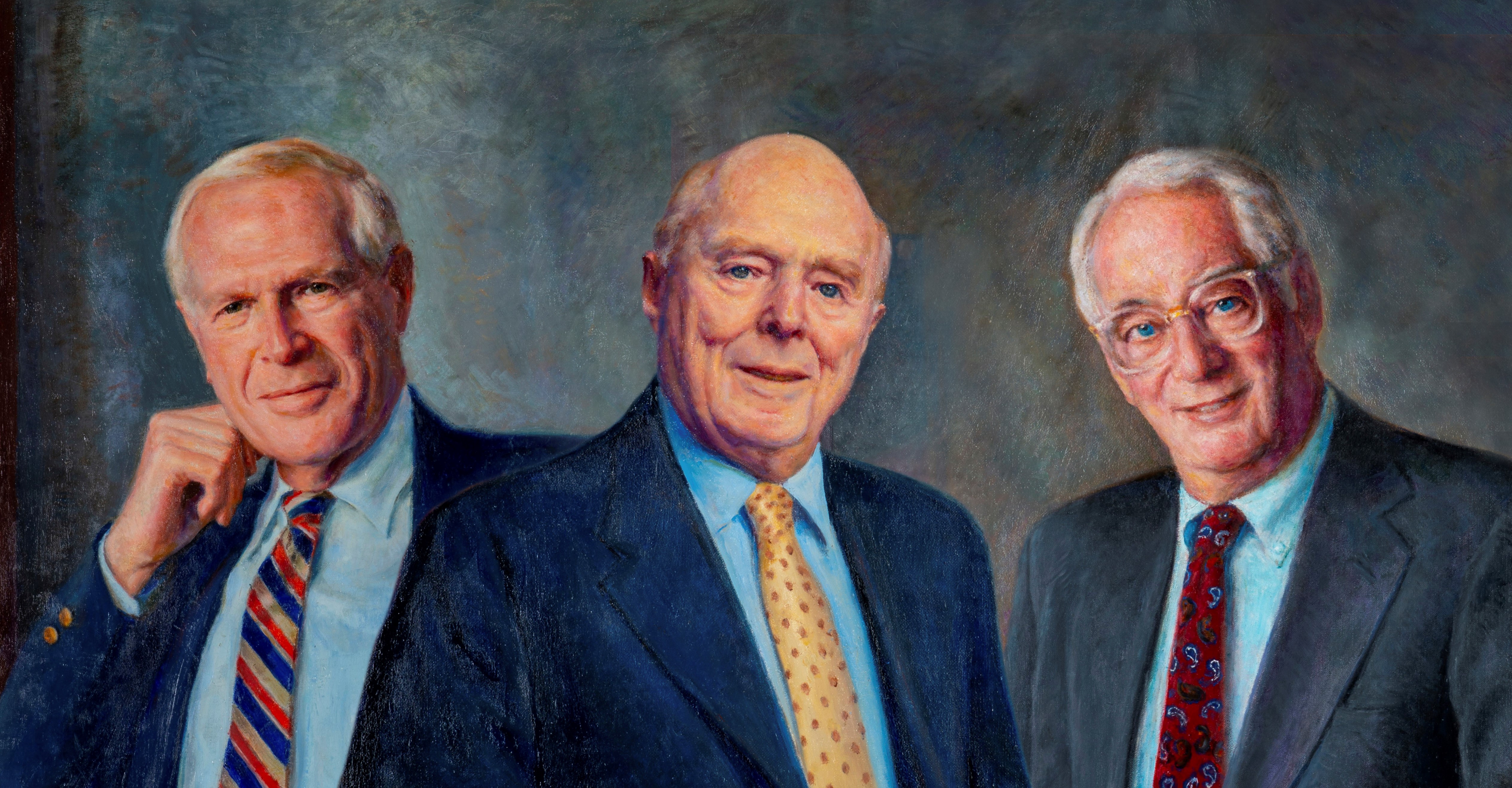 In 1914, Judge Sobeloff was admitted to the Bar at the age of 19 and held a succession of public positions, including Solicitor General of the United States. He ultimately became Chief Judge of the U.S. Court of Appeals for the Fourth Circuit.

Judge Byrnes graduated from the University of Baltimore Law School in 1931 and became an associate of the law firm of Tydings, Sauerwein, Levy & Archer where David P. Gordon began his legal career as an associate in 1939. In 1946, Byrnes & Gordon was formed. Judge Byrnes left private practice in 1952 when he was appointed a Judge of the Supreme Bench of Baltimore City. In 1952, Judge Sobeloff also left a flourishing private practice to become Chief Judge of the Maryland Court of Appeals. The Sobeloff firm included then associates Eugene M. Feinblatt and Donald N. Rothman.

In January 1953, Gene Feinblatt and David Gordon, who had been friends for many years, merged the Byrnes & Gordon firm with Judge Sobeloff’s former associates and Gordon and Feinblatt was formed. The new firm included Donald Rothman as a partner and six associates. In 1956, the firm changed its name to Gordon Feinblatt and Rothman. The firm, as it exists today, was shaped by the character, strengths and values of its founding partners.

David Gordon’s practice covered a broad spectrum of commercial, real estate and construction law matters. He served as general counsel to many of the region's leading corporations.

Dealing with issues of major importance to the City of Baltimore was a common thread throughout Gene Feinblatt's 50-year legal career. He was Chairman of the Baltimore Urban Renewal Agency, which facilitated the transformation of the Inner Harbor and the rehabilitation of many inner-city neighborhoods. Gene also served as special counsel to the Maryland Stadium Authority during the development of Camden Yards. He later became Chairman of the Maryland Hospital Association and helped to develop the nation's first hospital cost review process.

Donald Rothman graduated from Harvard Law School in 1948 and served as Chairman of the firm's Litigation Department for more than 35 years. He was a Fellow of the American College of Trial Lawyers and one of the most sought-after litigators in Maryland.

In 1981, to accommodate its growth, the firm purchased the Garrett Building in Baltimore City after having resided in the building since 1967. The building was originally constructed in 1913 as the banking and brokerage house of Robert Garrett & Sons and was recognized as "one of the handsomest and most striking structures in the financial district." The firm committed to restore the historic structure to its original grandeur and it is now listed on the National Registry of Historic Places.

In 1989, Barry Rosen was elected Chairman and Chief Executive Officer of the firm at the age of 39, a position he continues to hold today.

In the early 1980s, Sheila K. Sachs became a Partner at the firm and led what was, at that time, a new area of law representing families in domestic relations and divorce proceedings. Sheila was a pioneer in the field of family law, a champion of women’s rights and a role model for women in the legal field. She envisioned a workplace where women had a “seat at the table,” and she created that seat for herself and the women who followed at Gordon Feinblatt.

In 1995, the former Governor William Donald Schaefer joined the firm as an attorney Of Counsel. The firm offered its clients the Governor’s wealth of knowledge and experience until January 1999, when he returned to public service as Comptroller to the Treasury of the State of Maryland.

In 2012, Michael C. Powell became Managing Member. The leadership team of Barry Rosen and Michael Powell proved to be extraordinarily effective in guiding the firm through its very successful transition from a first-generation to a second-generation law firm.

In 2018, the firm celebrated its 65th anniversary by sharing its journey over 65 years with some of its most memorable moments.

In 2019, Todd R. Chason was elected Managing Member and General Counsel. This election begins the transition of the firm into its third generation of leadership at Gordon Feinblatt LLC. Todd has risen as a leader within the firm. He has reconstituted the firm’s Diversity, Equity & Inclusion Committee and has guided the firm to make tremendous progress with our corporate social responsibility initiatives.

After the strategic decision to find a new location, Gordon Feinblatt sold The Garrett Building to Byrnes & Associates, Inc. at the end of October 2020 and remained a tenant in that building until its move. Effective April 19, 2021, Gordon Feinblatt moved to its new location at 1001 Fleet Street.