The Rest of the Story: Federal Judicial Review of State Health Agencies

Previous articles in TOPICS identified a trend in recent decisions of federal courts with jurisdiction over Maryland to label the "anti-competitive" actions of state health care regulators as potential violations of federal antitrust laws or the U.S. Constitution.

More recent developments in two of those cases suggest that, although federal courts will continue to scrutinize whether a state has gone too far in giving local, incumbent health care providers control over agencies that set the rules of competition, courts will otherwise give state agencies leeway in setting rules that may be anti-competitive. 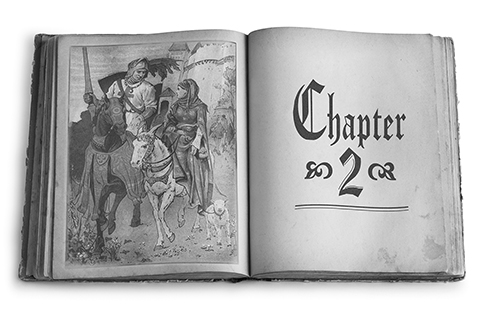 A. Scrutinizing the Rule Makers

In the 2013 case North Carolina State Board of Dental Examiners v. Federal Trade Commission, the federal appeals court with jurisdiction over Maryland upheld a ruling by the Federal Trade Commission that North Carolina had inappropriately given market participants - dentists - unsupervised control over a body (the Board of Dental Examiners) with the power to limit competition by non-dentists (by, for instance, making teeth-whitening by non-dentists illegal).

In 2015, the Supreme Court upheld that ruling. It acknowledged that states may "impose restrictions on occupations, confer exclusive or shared rights to dominate a market, or otherwise limit competition to achieve public objectives" but cautioned that this authority did not extend to empowering active market participants to pursue private objectives (such as enhancing dentists' incomes) rather than public ones. Federal antitrust law will only defer to rules set by neutral bureaucrats or closely supervised market participants.

Since the Supreme Court ruling, the Federal Trade Commission has issued guidance to states seeking to conform their professional licensing boards to the ruling.

The FTC has suggested that states may, for example: (1) completely exclude market participants from these boards, by, for instance, including only consumer representatives or state officials on a board of physicians, rather than any physicians, or (2) require potentially anti-competitive rules be ratified by an another state official or agency (so long as the official or agency is truly independent of the board).

B. Not Scrutinizing the Rules

While federal officials have continued to scrutinize state rule makers, the federal appeals court with jurisdiction over Maryland has relaxed scrutiny of the rules themselves.

The providers alleged that the CON laws essentially barred new, out-of-state entrants from the radiology market in Virginia because the state agency there made the CON process difficult (through burdensome application documentation and litigated fact-finding) and allowed incumbents to intervene to draw out a decision (for six months, nine months, or more).

The court allowed the lawsuit to proceed, but required the health care providers bringing the lawsuit to do more to prove - in fact and not in theory - that the CON laws discriminate against (or unduly burden) out-of-state radiology firms.

When the court revisited the case in 2016, however, it made clear that only extraordinary facts would suffice to prove that a CON law discriminates against out-of-state firms. Namely, it must be shown that a health care entity incorporated in a state other than Virginia is less likely to have its CON application approved than a health care entity incorporated in Virginia.

The court found it irrelevant that: (1) Virginia law favors giving CONs to entities that have already completed CON projects in Virginia, (2) in-state firms hold the majority of existing CONs, and (3) Virginia failed to prove that the CON requirement specific to radiology equipment served any cost-reduction or safety purpose.

The court expressed caution at the idea of federal judges interfering in health care regulation, going so far as to suggest that Virginia could close its radiology market to new entrants altogether, as both in-state and out-of-state firms would be similarly subject to that prohibition.

Developments since 2013 have demonstrated that federal officials will remain vigilant to claims that state agencies have allowed incumbent market participants to control their rule-making processes. But the rules themselves will receive deference if the process is sound, unless the U.S. Supreme Court reviews and disagrees with the most recent Colon decision.