Q & A on Maryland Magnets

Doctors often need to refer their patients for diagnostic tests, such as x-rays, magnetic resonance imaging, known as MRIs or magnets, or computed tomography, know as CTs, before the doctor recommends appropriate treatment. Some believe that such modalities may be over-utilized if the referring doctor has a financial interest in the x-ray machine, MRI or CT. Therefore, Maryland's self-referral law prohibits a physician from referring a patient to an entity with which the physician has a financial relationship, unless the arrangement meets one of the law's several exceptions.
One of the exceptions allows a physician to refer patients for "in-office ancillary services," such as x-rays or blood work, to the extent that those services are provided in the referring physician's office. However, the applicable language specifically states that a physician, other than a radiologist, may not use this exception when referring a patient for MRI, CT or radiation therapy services. 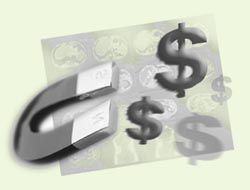