Play or Pay, Dead or Alive?

San Francisco’s Health Care Security Ordinance requires medium and large employers doing business in San Francisco to “play or pay.” More specifically, those employers must spend a minimum amount on health care for their employees, either directly through their own insurance programs, or indirectly by making payments to the City of San Francisco. 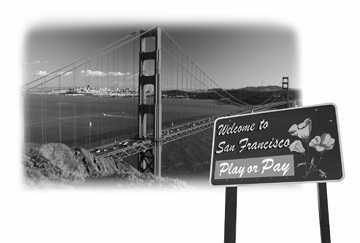 Notwithstanding the restaurants’ complaints, a federal appellate court, the Ninth Circuit, recently upheld the Ordinance, in Golden Gate Restaurant Association v. City and County of San Francisco. Not only did the Ninth Circuit reject all of the restaurants’ ERISA preemption arguments, but the court also concluded that its decision was not at odds with the earlier Fourth Circuit decision that struck down Maryland’s play or pay initiative, known as the Wal-Mart Bill.

An employer can comply with its spending requirement by paying health insurance premiums, contributing to a health savings account or a flexible spending account, or by making direct reimbursements to its covered employees. An employer can also comply by making payments directly to San Francisco.

ERISA governs most employee benefit plans that are sponsored by private employers. ERISA does not require an employer to provide benefits to its employees, but to the extent it does, the employer and the benefit plan become subject to ERISA’s administrative scheme, including its fiduciary, reporting and disclosure obligations.

In addition, to ensure a uniform body of benefits law across the 50 states, ERISA preempts any state law that “relates to” an ERISA governed plan. Over the years, the courts have generally held that a state law relates to a plan if it “has a connection with” or “refers to” an ERISA plan.

Ordinance is based strictly on its number of employees – not on the level or nature of benefits provided under its existing health plan – or whether it has a health plan at all.

The Ninth Circuit also distinguished the San Francisco Ordinance from Maryland’s Wal-Mart Bill, which was struck down by the Fourth Circuit in Retail Industry Leaders Association v. Fielder. The Wal-Mart Bill required any employer with at least 10,000 workers to spend at least 8% of total Maryland wages on health care, or pay the difference to the State. The court noted that a Maryland employer had no practical choice other than to create or modify its existing ERISA plan, because if it failed to do so, it would have to pay a “tax” to the State.

True, Maryland intended to use the “tax” to provide insurance to its Medicaid beneficiaries, but there was no guarantee that the employer’s employees would qualify for Medicaid benefits, and thus, actually receive any health benefits from the State. Therefore, according to the Ninth Circuit, “The Maryland law gave nothing in return–either to an employer or its employees–for the employer’s payment to the State.”

On the other hand, the San Francisco Ordinance provides employers with a meaningful alternative to modifying their existing ERISA plans or establishing new ones. The Ordinance does not mandate that “employers structure their employee health care plans to provide a certain level of benefits.” An affected employer who chooses to pay the requisite amount to San Francisco knows that the employer’s employees, regardless of how much they earn, whether they are insured, or where they reside, will receive health benefits from San Francisco either through HAP or a medical reimbursement account.

Whether other states and municipalities will follow San Francisco’s lead depends on the willingness of jurisdictions to fund health insurance and/or reimbursement programs that are available to all employees, regardless of income. Without such options, a play or pay statute would likely require an employer to modify its ERISA plan, which would also likely result in preemption.

The likelihood of other jurisdictions following San Francisco’s lead will also depend on whether the Golden Gate decision is correct. Moreover, despite the Ninth Circuit’s insistence that its decision is consistent with the Fourth Circuit’s decision in Fielder, that conclusion might or might not be reached by the United States Supreme Court, assuming that the Supreme Court is asked, and chooses, to review the Golden Gate decision.

Only time will tell if the San Francisco Ordinance provides an ultimately successful roadmap for avoiding ERISA preemption. However, Golden Gate has breathed new life into play or pay options that were written off for dead following the demise of the Wal-Mart Bill.