With the recent designation of Baltimore’s Port Covington as “Cyber Town, USA,” we thought it would be a good time to highlight a few cybersecurity patent applications published in the last quarter from some of the area’s talented inventors and companies. 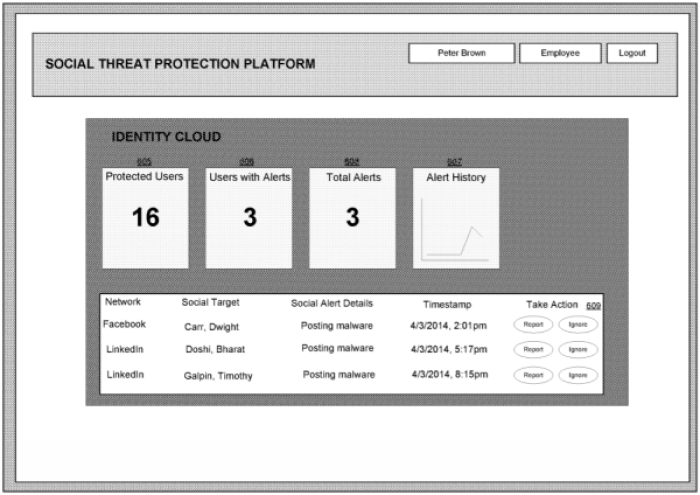 The investigation into the 2016 presidential election demonstrated the impact fraudulent social media activity can have on human behavior. U.S. patent application 16/118,678 TROLL ACCOUNT DETECTION filed by ZeroFOX discloses a social threat protection platform. The platform employs machine learning to determine whether a company’s social media presence is being targeted by an actor who is a security risk and who wishes to instigate a negative reaction from the company. This application is one of a series of patent applications filed in the past year by the Baltimore social media cybersecurity company related to its social threat protection platform. 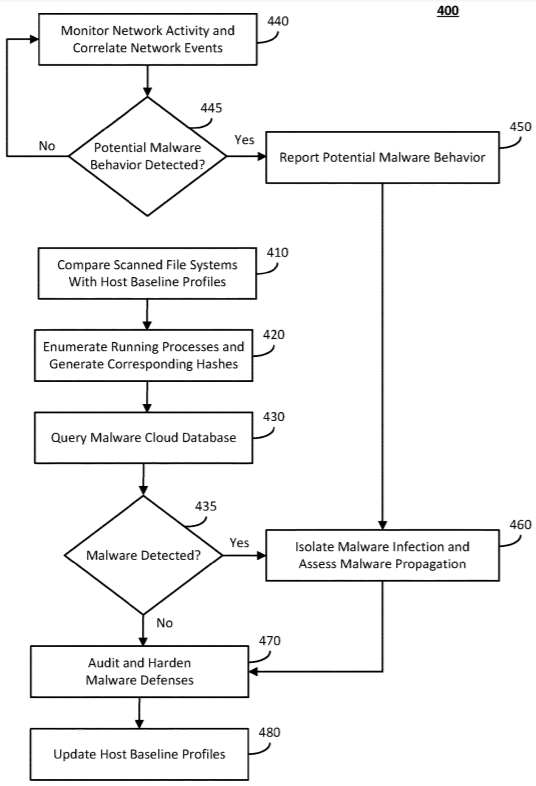 Updating and maintaining anti-malware software on computers in an organization’s network is a fundamental challenge for every IT department. U.S. patent application 16/200,812 SYSTEM AND METHOD FOR STRATEGIC ANTI-MALWARE MONITORING filed by Columbia, Md.’s Tenable discloses a system for monitoring malware across a network without necessarily relying on resident local anti-malware programs. Applications of this system along with network traffic monitoring can be useful in detecting whether network devices are participating in a botnet. As disclosed, the system sends temporary agents to devices on the network that compute signatures for processes executing locally on the devices. The system determines that a device is infected with malware by using the agent to determine whether the device is running a process that has a signature matching a known malware process signature maintained by the system in a cloud database. The agent can then be removed from the device after the malware query has been completed.

As companies have expanded their infrastructure to the cloud, their consumer presence to social media and their communications to IoT devices, the attack surfaces of their networks have expanded as well. Both ZeroFox and Tenable’s inventions are examples of responses to this expansion that emphasize a more comprehensive view of cybersecurity, which includes social media monitoring and layered network scanning in addition to traditional endpoint-based anti-virus tools.