No Exit for State Regulators

A version of this article was published in The Daily Record on October 29, 2014. 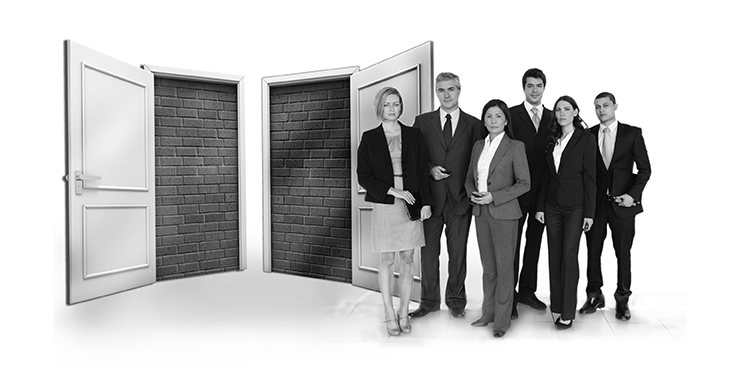 Federal Trade Commission v. Phoebe Putney Health System involved a Georgia county hospital's acquisition of the only other hospital in its county. The FTC sued to stop the merger under federal antitrust law, arguing that the merger would give the merged hospitals a monopoly on inpatient services in the area.

In defense, the public hospital relied on the "state action doctrine" under which courts construe federal antitrust law not to restrict a state's authority to regulate its internal economy by displacing private competition. The hospital argued that this doctrine applied because a Georgia law gave county hospitals extensive power to acquire facilities, take property via eminent domain, and otherwise operate as a corporation with governmental powers. The hospital urged that these broad powers evidenced Georgia's intent to displace private competition with public ownership.

The United States Supreme Court rejected the defense, and in doing so limited the state action doctrine. The Court said that a presumption exists against applying the doctrine, citing the "fundamental national values of free enterprise and economic competition" underlying federal law.

The Court would not set this presumption aside unless the state clearly articulates that it intends to displace private competition. The Court then concluded that state authorization to county hospitals to acquire facilities did not "clearly articulate" such an intent because the law neither (1) expressly stated such an intent; nor (2) made displacing competition practically inevitable. The Court reasoned that the power to operate a hospital and acquire other hospitals does not necessarily imply the power to create a hospital monopoly.

In that case, the FTC sued to stop North Carolina's dental board from punishing non-dentists who whiten teeth. The FTC alleged that the dental board amounted to a dentists cartel to squelch competition.

C. The Brick Wall Behind the Exits

Virginia, like many states, forces persons wishing to establish or expand certain health care facilities to first obtain a CON. A CON usually requires a showing that there is an unmet need for the project locally, and that the project will not create local over-capacity. CON laws theoretically aim to promote equitable geographic access to health services while minimizing the facility capital costs that consumers ultimately bear.

In this case, Maryland and Delaware health care providers wishing to offer radiology services in Virginia sued Virginia to invalidate its CON requirement for MRI and CT equipment. The providers relied on the so-called "dormant" Commerce Clause of the U.S. Constitution. The doctrine holds that, since the Commerce Clause grants the federal government the authority to regulate interstate commerce, a state cannot divert the interstate flow of commerce to burden out-of-state competitors and privilege in-state businesses.

Applying the doctrine, the providers alleged that Virginia's CON law made navigating the CON process so difficult (through burdensome application documentation and litigated fact-finding), and allowed so many parties to intervene to draw out a decision (to six months, nine months, or more), that the law essentially kept the radiology market in Virginia in stasis.

Although not an express goal of the CON law, in effect only incumbent, in-state providers, that is, those with existing CONs, could legally operate in Virginia. Out-of-state providers were in practice locked out.

The providers also alleged that the purported benefits of the CON law were a sham, given that the CON law reduced access by shunning new providers, and raised costs by freeing incumbents to increase prices without fear of competition.

The federal appellate court held that if the suing providers could prove their allegations true, Virginia's CON law would be illegal under the dormant Commerce Clause. The court then sent the suit back to a trial court for factual development.

In 2013, these courts signaled that federal deference to state agencies' traditional discretion over health and professional licensure would bend to federal laws promoting free, interstate competition. Two lessons should be drawn.

First, professional licensing bodies created outside the state bureaucracy will not be tolerated. Professional licensing entails disciplinary and regulatory activities that would certainly run afoul of federal antitrust law if done by a private actor. A private physician board that defines the practice of medicine to include laser hair removal, for instance, necessarily restrains competition by non-physicians in the hair removal market. Boards will be safe only if subject to state appointment and oversight by other state officials.

Second, courts have placed state legislators and regulators crafting laws that displace private competition (whether intentionally or incidentally) on the horns of a dilemma. On the one hand, Phoebe Putney suggests that legislators should draft express text showing awareness of the statute's effect on competition. Otherwise, federal courts will read the law unduly narrowly. On the other hand, Colon Health Centers suggests that the more a law articulates a policy to displace competition by out-of-state providers, the more vulnerable the law becomes to a federal constitutional challenge.