Gainsharing arrangements involve hospitals paying physicians a share of the savings that result from the physicians changing their use of hospital supplies or other hospital resources, as well as arrangements that involve hospitals paying physicians to improve the quality of hospital patient care through changes in the clinical or administrative practices of the physicians.
Over the last several years these arrangements have been pronounced alternatively illegal and legal by various regulators, and the reason for these mixed signals are two sets of conflicting statutory provisions. 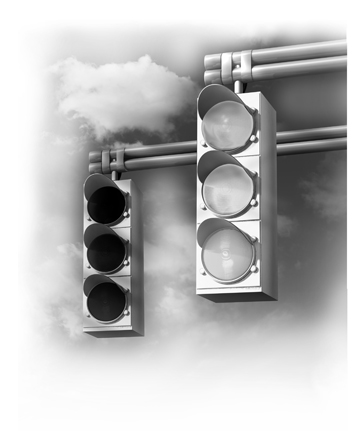 On the one hand, if gainsharing payments are viewed as encouraging physicians to refer their patients to a particular hospital, then the payments could run afoul of the federal Stark law, the federal anti-kickback statute (AKS) and the Maryland Patient Referral Law (MPRL). These laws prevent the overutilization of unnecessary medical services by prohibiting doctors and others from referring patients under certain circumstances to entities with which the providers have a financial relationship.
On the other hand, if gainsharing payments are viewed as encouraging physicians to reduce or limit the items or services that should be furnished to Medicare beneficiaries, then the arrangement could run afoul of the federal Civil Monetary Penalty statute (CMP). This law, in part, prevents doctors and others from withholding necessary medical services from Medicare patients because the providers are not pleased with Medicare reimbursement levels.
A. Mixed Signals
From 1999 until 2005, gainsharing arrangements were viewed as illegal. However, starting in 2005, the Office of the Inspector General for the Department of Health and Human Services (OIG) began issuing opinions on a case-by-case basis that particular gainsharing arrangements do not violate the CMP or the AKS if the arrangements meet certain safeguards. Unfortunately, the OIG opinions do not address the legality of the arrangements under the Stark law.
The Centers for Medicare and Medicaid Services (CMS) attempted to fill this void in the summer of 2008, by publishing a proposed gainsharing exception to the Stark law.
To prevent a gainsharing arrangement from increasing referrals to a hospital, the proposed Stark exception requires participants to establish referral base lines and referral ceilings, grounded on best practices and historic referral patterns, below and above which no payments may be made. Payments to physicians must also be made on a per capita basis, instead of being based on the amount of referrals or savings generated by individual physicians.
Further, to protect doctors from switching their hospital allegiances to obtain a gainsharing payment, the payments must be limited to existing medical staff members. Similarly, to avoid rewarding only select doctors, the arrangements must include at least five physicians.
Other safeguards found in the proposed Stark regulations include:

1. An independent medical review of the arrangement both prior to and during the arrangement to make sure patients are receiving appropriate care;
2. Prior written notice to the patient of the gainsharing arrangement;
3. Allowing patients and physicians to use non-indicated procedures and supplies when necessary or requested;
4. No payments linked to a reduction in length of stay;
5. A cap on the total payments to physicians of no more than 50% of the hospital's overall cost savings, and a three year cap on the duration of the arrangement; and
6. Payments for quality improvement must be limited to measures listed in CMS' Specification Manual for National Hospital Quality Measures.
Unfortunately, clinging to the government's tradition of mixed signals in this arena, CMS announced in November of 2008, that it was not ready to finalize the Stark exception. However, CMS simultaneously stated that a "properly structured" gainsharing arrangement could comply with Stark by meeting any one of several other existing Stark law exceptions, namely the academic medical center, bona fide employment, personal services, fair market value or indirect compensation exceptions.
By analogy, since there are similar exceptions found in the AKS safe harbors and in the MPRL, a "properly structured" gainsharing arrangement may also comply with those statutes.
B. Mixed Responses
In light of the foregoing, what is a person to do?
First, while the OIG will issue an opinion that a particular gainsharing arrangement complies with the CMP and AKS, there is no legal requirement to obtain such an opinion. Moreover, the OIG will not give any opinion as to whether a particular arrangement violates the Stark law or the MPRL.
Second, while one could structure a gainsharing arrangement in conformity with the proposed Stark regulations, and take the position that such a "properly structured" arrangement also falls in line with one of the other existing Stark exceptions, there is no guarantee that such a strategy will work.
The bottom line is that federal regulators are sending signals that they favor gainsharing arrangements that contain certain safeguards, because of potential savings to federal health care programs and potential improvements to patient care. However, whether such arrangements are actually implemented at this time unfortunately rests on the risk tolerance of the parties involved, given the absence of definitive regulations.