A version of this article was published in The Daily Record on July 15, 2015.

The federal antitrust laws prohibit conspiracies to restrain trade, attempts to monopolize, as well as mergers that may substantially lessen competition. States also have similar laws.

In January 2015, a federal district court in Florida denied Health First's attempt to dismiss a complaint based on federal antitrust and Florida state law claims.

Health First and its subsidiaries are now allegedly using that market power to coerce independent physicians into joining Health First's subsidiaries, or entering into exclusive referral arrangements designed to perfect Health First's control over all relevant markets. The independent doctors claim that they refused to acquiesce to this coercion, prompting Health First and its co-conspirators to retaliate with exclusionary tactics designed to drive the doctors out of practice.

Health First asked the federal court to dismiss the complaint because the doctors did not allege that they suffered damages that the antitrust laws were designed to address, and, therefore, these allegedly aggrieved doctors did not have "standing" to bring this action.

The court rejected that request. The court noted that, while the anti-competitive scheme allegedly injures the consuming public by subjecting it to increased prices and decreased quality, the doctors themselves also claim a more discrete injury: financial harm from the efforts to exclude them from the physician and ancillary service markets. The court stated that the two injuries are distinct, but both flow from "interference with the freedom to compete" and thus both are remediable under the antitrust laws.

The court also concluded that the allegedly aggrieved doctors plausibly alleged a conspiracy as opposed to merely "parallel conduct" between Health First's subsidiaries and the independent, in-network physicians who stopped referring patients to the allegedly aggrieved doctors. As the court stated, the doctors' meetings with Health First's representatives, coupled with their subsequent exclusion from Health First Health Plans' provider network, and "blacklisting" by its in-network providers, plainly provided "context that raises a suggestion of a preceding agreement" to boycott physicians who refused to enter into exclusive referral arrangements with Health First.

Partners sought to acquire two hospital systems - South Shore and Hallmark Health. These acquisitions would have enabled Partners to add three acute care hospitals to its system within the Greater Boston area, and to add at least 800 physicians. The Massachusetts Attorney General filed a complaint in a Massachusetts state court based on the Massachusetts Consumer Protection Act, and the parties simultaneously submitted a proposed consent judgment.

The court stated that by permitting the acquisitions, the settlement would have cemented Partners' already strong position in the health care market, and given it the ability, "because of this market muscle, to exact higher prices from insurers for the services its providers render." The court found that the costs would ultimately be borne by consumers and employers in the form of higher insurance premiums and higher deductibles on their insurance plans.

The court concluded that the proposed consent judgment, which contained temporary price caps and other so-called "conduct-based remedies," did not reasonably or adequately address the harm that was almost certain to occur as a consequence of Partners' alleged anti-competitive conduct. 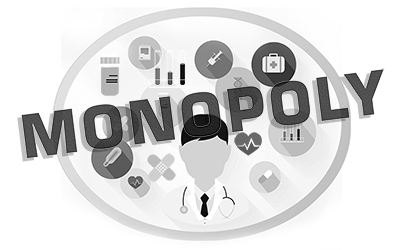