This is the first in a three-part series addressing Maryland's unique Health Services Cost Review Commission. A version of this article was published in the Maryland Bar Journal, March/April 2013.

There is a famous scene in the movie "The Wizard of Oz" when Toto opens a curtain and exposes a little man who is pulling levers and pushing buttons that appear to be controlling the image of the great and wonderful Wizard of Oz. After the curtain is drawn, the great and powerful Wizard commands Dorothy and her friends to ignore the man behind the curtain. 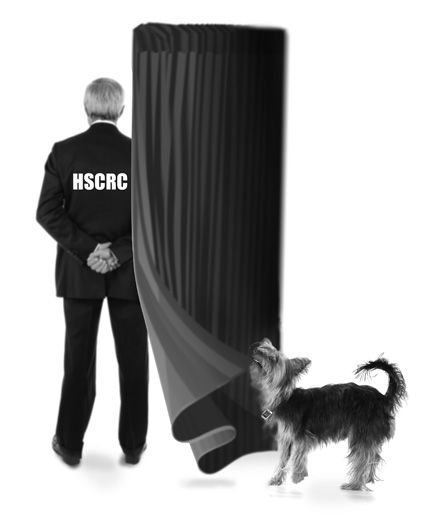 The purpose of this article is to pull back the proverbial curtain and explain the "mundane" mysteries of Maryland's unique hospital rate-setting system, which is governed by the State's Health Services Cost Review Commission (HSCRC).

Maryland's adventure in setting rates for hospitals began in the 1970s, with a Congressionally granted "waiver" from the Medicare Program. The waiver encouraged states to experiment with setting hospital rates, and generally provides that Medicare will pay hospitals the rates set by a state, instead of the rates set by Medicare, provided that two criteria are met.

The first criterion is that the rates set by a state must generally apply to all payors, Medicare, Medicaid, commercial insurers, private payors and the uninsured.

In fact, Medicare has paid, and is paying, higher rates for hospital services in Maryland than elsewhere, but those rates have not grown faster than Medicare hospital charges elsewhere from 1980 to the present. Nevertheless, it is presently estimated that Medicare is paying Maryland hospitals $1.6 Billion, or approximately 20%, more per year than Medicare would be paying if the HSCRC did not exist.

Why is Medicare willing to pay this extra amount? The answer is access. Medicare pays more so that Maryland's hospitals take care of Maryland's uninsured patients. In other words, 30 years ago, Congress also reformed health care by allowing states to experiment with setting hospital rates.

While other states pursued this experiment for a time, Maryland is now the only state still making use of the federal waiver. (Of course, if federal Health Care Reform results in the virtual elimination of the uninsured, because everyone buys health insurance from the new health insurance exchanges, then perhaps the raison d'etre of the waiver comes into question.)

How did Maryland do it? Maryland established an independent commission, the HSCRC, that sets the rates that Maryland's 47 general acute care hospitals may charge. Each hospital charges each patient on an ˆ la carte basis for the inpatient and on-campus outpatient services provided to that patient. However, only the hospital's charges are set by the HSCRC. Charges for physician services are separate, additional and not set by the HSCRC.

Each hospital's rates are unique to that hospital, meaning Hospital A's rates are not the same as Hospital B's. However, the rates at a particular hospital are generally the same for all payors, Medicaid, Medicare, commercial insurers and the uninsured. (Actually, Medicare receives a 6% discount, and any other payor may obtain an approximate 2% discount for paying promptly.) Because rates are generally the same for all payors, there is no negotiation of charges between any payor and any hospital.

Originally, the HSCRC set rates for each hospital at a level that allowed each hospital to cover its costs, including its costs of providing services to the uninsured. Further, during the entire 30 year history of the program, if a hospital treats more uninsured patients in the current year than in the prior year, the hospital is entitled to increase its rates to cover that cost.

Over time, the HSCRC has evolved from a "cost" Commission to a "revenue" Commission. Today, each hospital is assigned an average case rate target, for example, $10,000. That means the hospital may charge patients on an a la carte basis for each service provided, as long as at the end of the year, the hospital has not charged all patients more than $10,000 times the number of the hospital's admissions.

Once case rates are established for each hospital, the key annual event becomes how much those rates change from year to year. For example, last year the HSCRC decreased inpatient rates by 1%, but increased outpatient rates by 2.5%.

Over the last several years, the Maryland General Assembly has taxed Maryland's hospitals to help fund Maryland's Medicaid Program. In response, the HSCRC has permitted Maryland's hospitals to raise their rates to cover most of this Medicaid levy. As a result, there has been a steep increase in how much Medicare has been charged for inpatient services in Maryland, compared to the rest of the country, jeopardizing the waiver that allows Maryland hospitals to charge HSCRC rates to Medicare, as opposed to charging the lower Medicare rates.