In September of 2007, the federal government filed a federal False Claims complaint (Complaint) against the former Corporate Integrity Program Director of Tenet Healthcare, Christi Sulzbach. Sulzbach, an attorney, allegedly had knowledge of, and failed to stop, Tenet from paying employed physicians compensation based on referrals for hospital-based ancillary lab services.

According to the Complaint, Sulzbach was aware that this compensation probably violated the federal Stark law. As part of her job, Sulzbach had a duty to investigate, correct and report such alleged violations under a Corporate Integrity Agreement (CIA) between the government and Tenet’s predecessor. According to the government, her failure to do so violated the federal False Claims Act. 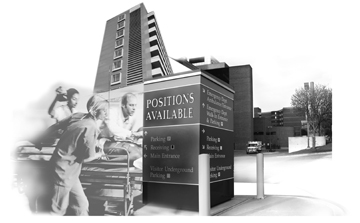 A. The Facts of Sulzbach

The government alleges that Sulzbach knew that the employed physicians in question received substantial pay raises – nearly 90% in some cases – compared to the physicians’ reported wages prior to their hospital employment. The hospital also allegedly

Further, under the CIA, Tenet was required to make annual compliance reports to the government. Sulzbach, as the Corporate Integrity Program Director, was required to verify that Tenet was in compliance with all federal program requirements, including the Stark law and the CIA.

In 1997, and again in 1998, Sulzbach signed sworn declarations that, to the best of her knowledge and belief, Tenet was in material compliance with all federal program legal requirements, including the terms of the CIA, which terms included disclosures to the government of alleged misconduct and investigations of that misconduct.

As a result of these two declarations, the Complaint seeks to have Sulzbach personally pay three times the damages incurred by the government, as well as fines of up to $10,000 for each of approximately 70,000 claims for payment that Tenet submitted to Medicare.

B. The Three-Legged Stool

In general, the Stark law prohibits hospital employed physicians from referring patients for hospital-provided services, unless the Physician’s employment agreement satisfies, among other things, a “three-legged stool” compensation test.

The first leg of the stool is that the physician cannot receive more than fair market value for the physician’s services. Most people remember this test; however, some forget that the “stool” has two other legs.

The second leg, and one of the legs addressed in Sulzbach, is that the physician’s compensation must be commercially reasonable absent the referrals that will arise between the physician and the hospital. A hospital might be paying a doctor fair market value according to some national standard, but a lack of commercial reasonableness could still be alleged, because the collections from the doctor’s direct services do not cover the doctor’s compensation and his or her fair share of overhead.

The third leg, and the other leg addressed in Sulzbach, is that a hospital employed physician’s compensation may not be “determined” in a manner that takes referrals of designated health services (DHS), including ancillary services and other hospital services, into account. Most hospitals do not bonus employed doctors for DHS referrals, but a hospital may, as alleged in Sulzbach, be aware of expected DHS referrals at the time that the hospital sets an employed physician’s otherwise fixed compensation.

Presently, Sulzbach is only a Complaint. No judge has yet concluded that running an employed physician practice at a loss is commercially unreasonable.

In such a circumstance, a hospital might defend the commercial reasonableness of the compensation by showing that part of the doctor’s compensation is attributable to the doctor’s treatment of the uninsured or underinsured, on-call duties, administrative duties and/or teaching.

Similarly, no judge has yet concluded that including expected DHS in a hospital pro forma is evidence that an employed physician’s compensation has been “determined” in a manner that takes DHS into account. In fact, a hospital might argue that such a pro forma is just a prudent tool used to allocate scarce resources.

Further, the existence of the Tenet Corporate Integrity Program, and outside counsel’s criticism of this particular transaction, are facts that may not exist in other situations.

Notwithstanding these nuances, the allegations in Sulzbach are still chilling. Quite simply, the Complaint is a warning.

Hospital administrators and hospital counsel need to remember that hospital employed physician compensation is a particularly risky area under the Stark law.

The Complaint also reminds health care administrators of the significant personal liability that arises under the False Claims Act by reason of an administrator’s certification of documents submitted to the Centers for Medicare and Medicaid Services.