The Future of the HSCRC

This is the last in a three-part series of articles addressing Maryland's unique Health Services Cost Review Commission.

Both the advent of federal Health Care Reform, and the erosion of the federal waiver cushion that allows the State's Health Services Cost Review Commission (HSCRC) to set hospital rates, make it difficult to predict the future of the HSCRC.

A. Interface with Federal Reform

With respect to federal Health Care Reform, there are certain aspects of that Reform that integrate well with the HSCRC, and certain other aspects that do not.

One of the initiatives imbedded in federal Health Care Reform is something called Accountable Care Organizations (ACOs). Such organizations try to reduce the charges Medicare incurs for a certain Medicare population by better managing their care, with Medicare sharing any savings with the health care providers taking responsibility for those Medicare patients. 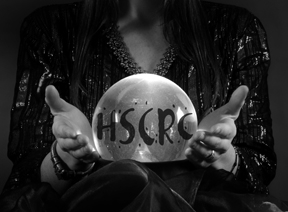 This initiative integrates well with the HSCRC, because Medicare's ACO savings are measured by the Medicare beneficiaries' historic Medicare charges. Since those historic charges will be high in Maryland, because Medicare pays HSCRC rates instead of lower Medicare rates for hospital services, ACOs in Maryland may be quite successful because they will have an easier time establishing savings than elsewhere.

As noted in the previous articles in this series, a combination of the Medicaid levy, the increased use of observation, and some liberal rate increases during the last decade that allowed Maryland's hospitals to modernize, have resulted in Maryland being in jeopardy of losing its waiver. (The federal waiver results in Medicare paying Maryland hospitals the rates set by the HSCRC, instead of the lower rates Medicare pays elsewhere, but requires the rates charged to Medicare for inpatient services in Maryland not grow at a faster pace per admission than the rest of the country.)

In fact, the HSCRC has predicted that, for the first time in 30 years, the accumulated growth in Medicare inpatient charges in Maryland could outpace the accumulated growth of Medicare inpatient charges elsewhere. Because of a data lag, Maryland will not know whether that happens or not for 18 months after it occurs, and then Maryland will have two years to transition itself away from its unique rate setting history.

Such a transition, however, would result in Maryland hospitals losing $1.6 Billion per year in revenue from the Medicare Program, which reduction constitutes about 10% of all Maryland hospital revenue. To replace that revenue, Maryland hospitals would have to charge people not covered by Medicare or Medicaid an additional $1.6 Billion per year, or an approximate 35% increase in the cost of hospital care to such individuals. One could expect that such a price increase would also translate into at least a 10% increase in the cost of health insurance in Maryland.

To avoid that situation, Maryland's Secretary of Health & Mental Hygiene is leading an initiative to establish a new waiver test under one of the pilot programs found in the federal Health Care Reform statute.

This tactic, however, is susceptible to several risks. First, one can argue that Maryland's experiment in rate setting will be at greater jeopardy by substituting a new waiver test embedded in a pilot program for the existing waiver test which is embedded in Congressional action.

Second, poking a sleeping giant is inherently risky. Once awakened, it is difficult to predict how Medicare will react.

Third, the new test being sought replaces the existing growth in Medicare inpatient cost per admission test with one that limits the growth of total inpatient and hospital-based outpatient spending per Medicare beneficiary and per person in Maryland. While such a test is attractive from the standpoint of controlling health care costs, translating that test into hospital rate setting will be difficult.

For example, under the new test, the price the HSCRC allows hospitals to charge per unit of service will have to decrease if the volume of services statewide increases above some threshold. However, it will not only be difficult for hospitals to control their own volumes when it is natural for them to try to increase or maintain their market shares, but it will be even more difficult for them to do so when they cannot be sure if their competitors are increasing volumes at the expense of the compliant hospitals.