Dueling Decisions on Failing to Admit a Psychiatric Patient

A version of this article was published in The Daily Record on Feburary 17, 2014.

In two recent decisions, Williams v. Peninsula Regional and Crise v. Maryland General, separate panels of Maryland's intermediate appellate court reached opposite conclusions, within three months of each other, in regard to a hospital's potential liability for failing to admit an allegedly mentally ill patient who then suffers injury.

In Crise, the patient?s family brought him to the emergency room at Maryland General Hospital, and explained to the ER nurses that the patient exhibited erratic behavior and suicidal ideation. Various MGH ER personnel screened the patient, but ultimately left him unattended in an observation room to await the arrival of a crisis counselor.

Before the counselor arrived, the patient left the room and the hospital, and walked to the Howard Street Bridge. When police, alerted by MGH to the situation, approached the patient, he jumped off the bridge and suffered numerous physical injuries. 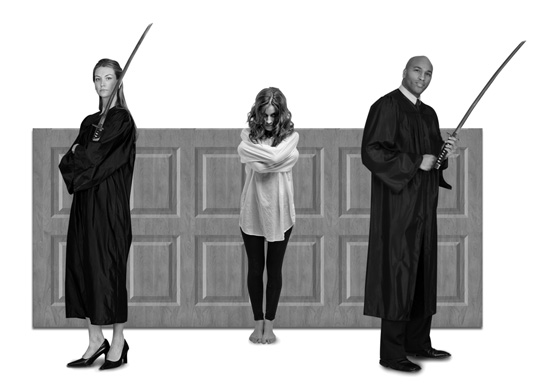 Williams was brought by his family to the ER at Peninsula Regional Medical Center, complaining of suicidal ideations and mental illness. Peninsula ER personnel acknowledged that the patient had symptoms of "bizarre behavior" but decided not to admit the patient. Later that day, the patient died from gunshot wounds after charging police officers with a knife while stating that he wanted to die.

The Williams court explained that Peninsula was not liable unless Peninsula acted without good faith and reasonable grounds in its decision to release the patient. That is, according to the court, Peninsula would have had to act with a culpability that rises above "simply bad judgment" or "ordinary negligence".

In so ruling, the court relied on a Maryland statute stating that a hospital that "in good faith and reasonable grounds, acts in compliance with...Part III of [Maryland's mental hygiene law] is not civilly or criminally liable for that action.? Included in Part III of the mental hygiene law is a provision prohibiting hospitals from admitting patients involuntarily unless hospitals do so pursuant to certain criteria, including that there be ?no available, less restrictive form of intervention that is consistent with the welfare and safety of the individual."

The court held that "acting in compliance" with the mental hygiene law means refusing to admit a patient that does not satisfy the criteria, in addition to admitting patients who do. The court reasoned that the legislature intended to protect patients against unnecessary involuntary admissions by establishing the stringent criteria, and that it would advance that interest to absolve hospitals who refuse to admit patients involuntarily.

Curiously, three months earlier, the Crise court did not apply Maryland?s mental hygiene law to protect the hospital, but cited that same law to establish a hospital?s duty to protect the allegedly mentally ill patient.

The Crise court held that the hospital's evaluation of the patient in the ER established a provider-patient relationship and imposed a duty of care on the hospital.

In that context, the court conjectured that "[i]f a sitter had been assigned to [the patient], that person's sole responsibility would have been to constantly observe him and report any adverse behavior to medical personnel." Moreover, the patient's attempt to leave the hospital "clothed only in a hospital gown in winter would have given rise to a duty on the part of MGH health care providers to reevaluate [his] competency and assess whether he was a danger to himself" such as "would permit the hospital to detain [him] involuntarily" as permitted by Maryland's mental hygiene law.

The decisions in Crise and Williams are in tension. Williams states that a patient must show more than an ordinary breach of a duty of care on the part of a hospital if the patient sues the hospital for failing to admit him involuntarily. The Crise court, in contrast, suggests that a patient can recover based on a breach of a duty to admit the patient.

If neither decision is revised by Maryland's highest court or by the General Assembly through legislation, then the decisions will likely be reconciled by focusing on the stage of the psychiatric evaluation of the patient. Hospitals will now be potentially liable if a patient escapes an emergency room prior to an evaluation for involuntary admission (Crise), but will not be liable if the hospital simply refuses to admit the patient after an evaluation, regardless of whether the refusal was negligent, so long as the refusal was in good faith with a reasonable basis (Williams).