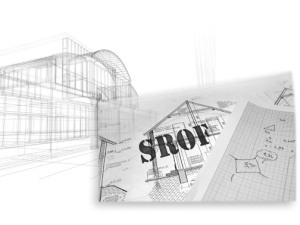 A. Substantial Risk of Forfeiture

This lack of guidance has resulted in many nonprofit deferred compensation plans being designed somewhat aggressively. These designs include: Non-compete provisions. Many plans provide that deferred compensation is not vested (that is, remains subject to a SROF) until the participant satisfies a non-compete requirement after retirement. Practitioners have been especially comfortable with this approach, if there is a good chance that the participant would accept a job with a competitor, and, therefore, forfeit the benefit.

Rolling risk of forfeiture. Some plans provide that deferred compensation becomes vested (that is, no longer subject to a SROF) after the participant remains employed for a certain additional period of service, but allow the participant to delay the vesting date by making an election at least one year before the original vesting date.

Salary deferrals. Other plans allow participants to make salary deferrals, and provide that the deferrals are not vested (and subject to a SROF) until the participant completes an additional period of service.

The IRS has neither endorsed nor ruled against any of these SROF designs. However, the enactment of Section 409A of the Internal Revenue Code, effective January 1, 2005, signaled a change in this laissez-faire attitude.

Section 409A established new election and distribution rules for all deferred compensation plans. Among other things, Section 409A required the IRS to define the term "substantial risk of forfeiture" for Section 409A - not Section 457(f) - purposes.

Subsequently, the IRS has established a Section 409A definition of SROF that is narrower than what was understood to be the Section 457(f) definition. At about the same time, the IRS also began questioning deferred compensation plan SROF provisions, like those described above, during IRS audits of tax-exempt employers.

Not surprisingly, the IRS, in Notice 2007-62, announced its intention to apply the more restrictive Section 409A SROF definition for Section 457(f) purposes. If that intention is finalized, it would have the following impact:

Rolling risks of forfeiture. Extensions of vesting periods would no longer be recognized. Therefore, deferred compensation would always become taxable income at the end of the original vesting period.

Salary deferrals. Pay would not be subject to a SROF after the date the participant could have received it. This means that stand-alone salary deferral plans would no longer work.

Curiously, salary deferrals could still qualify for favorable tax treatment if the amount subject to a SROF is materially greater than the pay the participant could have received.

For example, if a participant defers $10,000 of salary in 2008, but is required to work through the end of 2010 to receive it, the $10,000 would, nonetheless, be taxable income in 2008 because there is no SROF. However, if the employer provided a $5,000 matching contribution in addition to the salary deferral, and both were conditioned on continued service through the end of 2010, then neither would be taxed until 2010. This is because the amount subject to a SROF ($15,000) is materially greater than the pay the participant could have received ($10,000).

C. Bona Fide Severance Plans
A "bona fide" severance plan sponsored by a tax-exempt employer is exempt from Section 457(f). Therefore, an employee's promised benefits under such a plan are not subject to income tax until paid.
As with the definition of "substantial risk of forfeiture," there has been little guidance on what is a "bona fide" severance plan. Again, this has led to aggressively designed plans. These include providing severance for both voluntary and involuntary termination of employment, and providing severance amounts that greatly exceed the participant's final annual pay.

In Notice 2007-62, the IRS has signaled its intention to crack down on these designs as well. If that intention is implemented, a severance plan would be "bona fide" and exempt from Section 457(f) only if it satisfies each of the three following conditions:

1. Benefits are payable only upon involuntary termination from employment. It is likely that the IRS would also allow benefits to be payable upon a "good reason" resignation, as long as the good reason definition meets IRS standards. (A "good reason" resignation is generally one that results from the employer taking actions that cause a "material negative change" in the employment relationship, such as a material cut in pay or reduction of job responsibilities.)

2. The amount payable does not exceed two times the lesser of: (i) the participant's annual rate of pay, or (ii) the limit of annual compensation that may be taken into account in determining benefits under tax-qualified retirement plans ($230,000 in 2008).

Even so, it is not too early for tax-exempt sponsors of non-qualified deferred compensation or severance plans to begin considering redesign options.

In that regard, it is important to remember that the new Section 457(f) rules would not make an affected plan design illegal - it would just accelerate taxation to the participant. Therefore, one redesign option would be to retain the existing plan design, have the participant pay income tax when vested, but "gross up" the participant's pay to cover the taxes that would be due. (Of course, this could put the participant in a better position, since the participant would have had to pay the applicable taxes, albeit at a later date, under the old tax rules.)