Is the ACA Dead or Alive?

On December 14, 2018, a federal district court in Texas struck down the Affordable Care Act (ACA), also known as Obamacare, as unconstitutional. The court concluded that the ACA’s “Individual Mandate” (1) can no longer be fairly read as an exercise of Congress’s Tax Power since the passage of the Tax Cuts and Jobs Act of 2017, and (2) the remainder of the ACA is invalid because it is inseverable from the Individual Mandate. 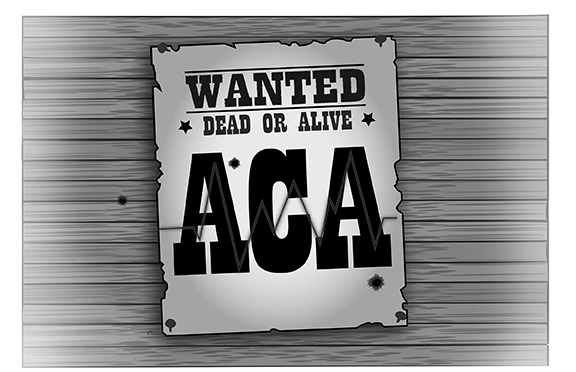 A.  Background of ACA Reforms

In the 1990s, several states sought to expand access to coverage by imposing a pair of insurance market regulations — a “guaranteed issue” requirement that bars insurers from denying coverage to any person because of their health, and a “community rating” requirement that bars insurers from charging a person higher premiums because of their health.

These reforms succeeded in expanding coverage, but they also encouraged people to wait until they became sick to buy insurance. A death spiral resulted.

The ACA became law on March 23, 2010, and adopted reforms similar to those that made the Massachusetts system work. Specifically, the ACA adopted the guaranteed issue and community rating requirements, and it also adopted a requirement for individuals “to maintain minimum essential coverage” (i.e., the Individual Mandate).

To compel compliance with the Individual Mandate, the ACA imposes a “shared responsibility payment” (originally to be assessed at the greater of $695 or 2.5% of a family’s household income).

Also, similar to the Massachusetts system, the ACA offers refundable tax credits to individuals with household incomes between 100% and 400% of the federal poverty line. The tax credits are tied to another signature reform of the ACA — the creation and subsidization of government-run health-insurance exchanges.

In addition to these fundamental reforms, the ACA includes many other regulations and taxes such as: an excise tax on high-cost insurance plans (known as the “Cadillac Tax”); the elimination of certain coverage limits; a requirement that health insurance cover certain preventive care services without cost-sharing; a requirement that dependent children be allowed to remain on their parents’ health insurance until age 26; provisions requiring employers with at least fifty full-time employees to pay a penalty if they fail to offer their employees ACA-compliant health coverage (known as the “Play or Pay” provisions); and Medicaid expansion.

B. Prior Constitutional Challenges

In a highly splintered decision, the U.S. Supreme Court upheld the constitutionality of the ACA in NFIB v. Sebelius.

The Government argued that the Individual Mandate could be sustained under the Commerce Clause because individual decisions not to buy health insurance collectively have a substantial effect on commerce. However, the Chief Justice disagreed, noting that the Commerce Clause only authorizes the regulation of “activity”, not “inactivity.” Only the four dissenting Justices concurred with that part of the Chief Justice’s opinion.

In another part of the Chief Justice’s opinion, which was joined by four other Justices to make a majority, he concluded that the Individual Mandate (and its corresponding shared-responsibility payment) is a constitutional exercise of Congress’s Tax Power.

Although the Republican Congress failed in July 2017, to pass a repeal of the ACA (recall Senator John McCain’s pivotal vote against repeal), it subsequently passed the Tax Cuts and Jobs Act of 2017 (TCJA) through budget reconciliation. A provision in the TCJA reduced the shared responsibility payment associated with the Individual Mandate to $0, effective January 1, 2019.

The ruling has been appealed to the U.S. Court of Appeals for the Fifth Circuit, and it may potentially be appealed to the U.S. Supreme Court. If the ruling stands, its consequence is enormous. However, since the ruling was stayed pending appeal, it will have no immediate impact, and the ACA will remain in effect until appeals have been exhausted. That could take years.