On May 20, 2019, in Mission Product Holdings, Inc. v. Tempnology, LLC, nka Old Cold LLC., the U.S. Supreme Court ruled 8-1 that a rejection of an executory licensing agreement by a licensor in bankruptcy results only in a breach of the contract as opposed to the trademark licensee’s loss of the right to use the mark after rejection. 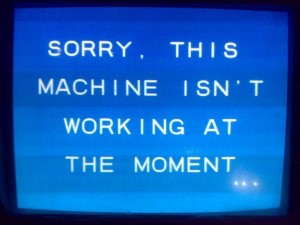 Under the federal Bankruptcy Code a trustee or Chapter 11 debtor may assume or reject an “executory contract.” While the Code does not define an “executory contract,” the courts have generally defined it as one under which there are material unperformed obligations of each party to the contract as of the date of bankruptcy. An agreement to license intellectual property is the type of agreement that is often found to be executory.

In Mission Product Holdings the Supreme Court overruled a decision of the U.S. Court of Appeals for the First Circuit, which held that the omission of “trademarks” from the protection of Code Section 365(n) was fatal to the right of a licensee of a mark to continue its use after rejection. Under Section 365(n) holders of patents or copyrights are granted the right to use their property after a rejection of an executory licensing agreement by the licensor. However, trademarks were omitted from the Code’s definition of “intellectual property.” The Supreme Court reasoned that the omission of trademarks from the protection of Section 365(n) was not controlling. Under Section 365(g) of the Code, a rejection of an executory contract constitutes a breach of the contract as of the petition date of the bankruptcy case. The Court observed that, outside of bankruptcy, a breach of a license agreement by a licensor does not give the licensor the right to terminate the licensee’s use of the licensed intellectual property.  It held that the same result should govern the effect of a rejection of the contract in bankruptcy.