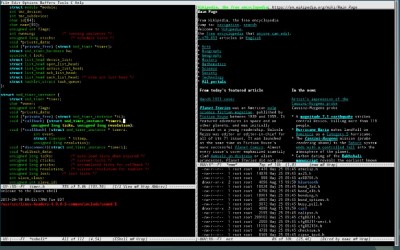 In January, the United States Patent and Trademark Office (USPTO) adopted The 2019 Revised Patent Subject Matter Eligibility Guidance for use by patent examiners in evaluating subject matter eligibility. The guidance defines more restricted circumstances in which examiners are permitted to find that a claimed invention is directed to an abstract idea. By defining the circumstances and raising the standard for finding an abstract idea, the guidance makes it more difficult for examiners to reject many patent applications claiming software-based inventions.

In 35 USC §101, patent-eligible subject matter is defined as “any new and useful process, machine, manufacture, or composition of matter, or any new and useful improvement thereof.” Our courts interpret the scope of §101 as excluding laws of nature, natural phenomena and abstract ideas (the “judicial exceptions”). In Alice Corp. v CLS Bank, the Supreme Court applied a two-step framework for analyzing whether software claims are non-patentable laws of nature, natural phenomena or abstract ideas. In step 2A, it must be determined whether the claim, as a whole, is directed to at least one of the judicial exceptions (e.g., an abstract idea). If the claim is directed to a judicial exception, then in step 2B it must be determined whether the claim contains an “inventive concept” sufficient to transform the abstract idea into a patent-eligible application. If the answer to the question in step 2B is “no,” then the claim does not recite patent-eligible subject matter and may be rejected.

Patent examiners following the Alice two-step approach have easily “abstracted” patent claims and been able to draw from various inconsistent judicial decisions to support their rejection of such claims. The new 2019 Revised Guidance acknowledges the numerous conflicting judicial decisions that have found similar subject matter both eligible and ineligible and imposes a more granular two-prong approach to step 2A. Under the first prong, to find a claim directed to an abstract idea, examiners must now identify the specific limitations in the claim that fall within three specific categories: “mathematical concepts,” “certain methods of organizing human activity” or “concepts performed in the human mind.” If a claim does not fall within one of these categories, then it is likely directed to patentable subject matter.

Raising the level of analysis needed for an rxaminer to reject a claim under step 2A may not eliminate the subjectivity of current §101 rejections, but it certainly sets a better trajectory and has improved the quality of examination of applications claiming software-based inventions. For more information about obtaining valuable patents in computer-implemented technologies, contact Roy Craig.